What kind of nests do peacocks build? 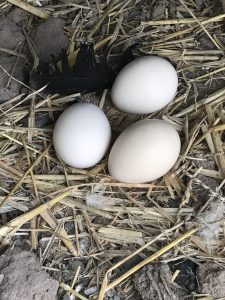 Do peacocks build nests? Actually no the common name for the breed is peafowl. The male is called a peacock with the correct name for the female of the species being peahen. So do peacocks build nests? No they do not because it is the peahen that builds the nest for her eggs. She will start by scratching out a shallow indent in the ground. She may line this with sticks and leaves. If there are predators around some peahens will build nests within a tree or on a roof in urban areas.

The peahen will start laying eggs generally when they are two years old. However sometimes a peahen which hatched early in the previous season may lay a couple of eggs at the end of the following breeding season. By he age of three the peahens have reached maturity and will be laying an egg every other day. The peahen lays the eggs during the evening at dusk.

How many eggs will a peahen lay?

The peahen will carry on laying if the eggs are removed daily. She may produce two or three clutches during the season.

On the days that the peahen is going to lay an egg, she will get a droopy look about her. Her wings will point downwards and often their feather look fluffed up. The peahen will walk away and leave the egg on the ground. Often eggs get broken this way by another peahen or peacock walking on them.