Why are peacocks called peacocks?

1. Actually they are not called peacocks!

A group of peafowl is called a bevy or a muster.

However technical names aside, most people call peafowl peacocks irrespective of their sex.

A recent study by the British Journal of Animal Behaviour stated that when the peacock is displaying his tail the feathers quiver. This creates a low frequency inaudible sound to the human ear. The sound depends on whether the peacock wants to attract a peahen close up or far away.

3. It takes three years to grow that fabulous tail

Most peachicks are born identical irrespective of the sex. It is only when the peachicks are about two to three months sold that we can start to sex them. Some varieties such as White Peafowl and Java Green Peafowl are hard to sex up to 12 months old. At two years old the peacock will start to grow his first tail. By three years old the peacock will have a mature full train.

4. Peacocks were eaten in Medieval Times 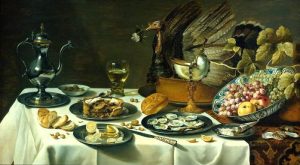 Whilst peacock is firmly off the menu today, in Medieval Times a peacock was certainly on the menu. Much was made of dressing and cooking a peacock and then reconstructing it as a centre piece for the table. The cookery booklet Peacocks and Pasties describes how to cook a peacock.  However all the Medieval recipes I have seen state that a better alternative is chicken, duck or goose as the peacock is dry and hard to digest.

Peafowl are the largest flying bird in the world. I have found them to be lazy in flight, preferring to fly up and down in short bursts rather than elongated flight. A survey conducted showed that peacocks flew just as well with long tails as peacocks without their tails.

I hope you enjoyed reading these interesting peacock facts